As I took a walk this morning it struck me that I have overlooked this significance of the taman, i.e. this part which proudly proclaimed the taman as 'Peace Garden Kuala Lumpur'.
A huge archway proudly proclaims 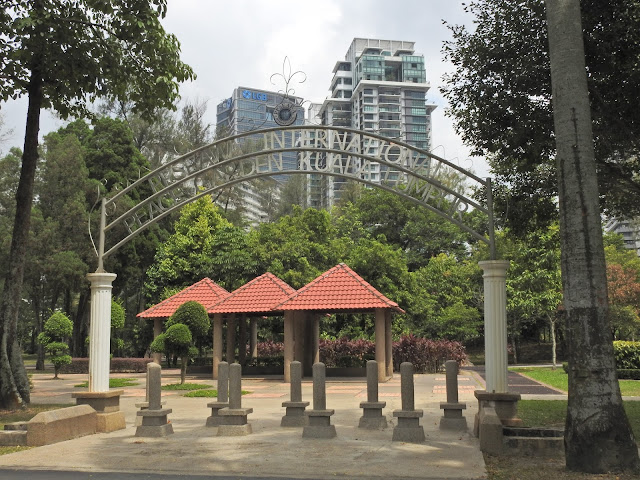 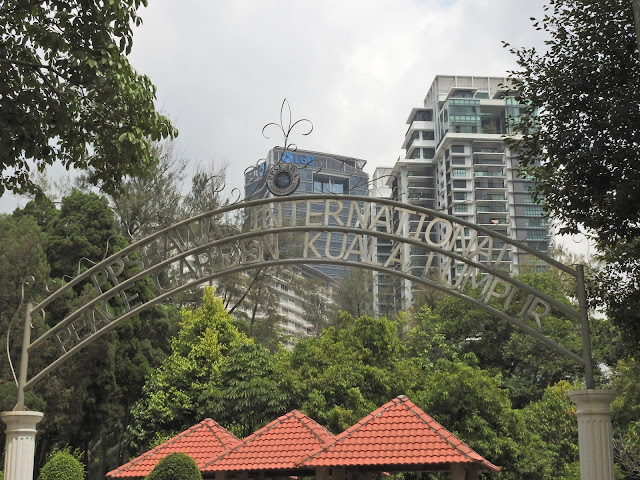 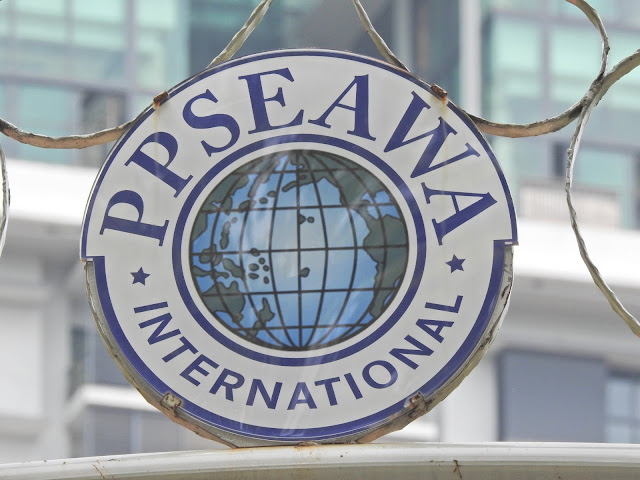 Immediately behind the gazebo is another plaque that re-declares 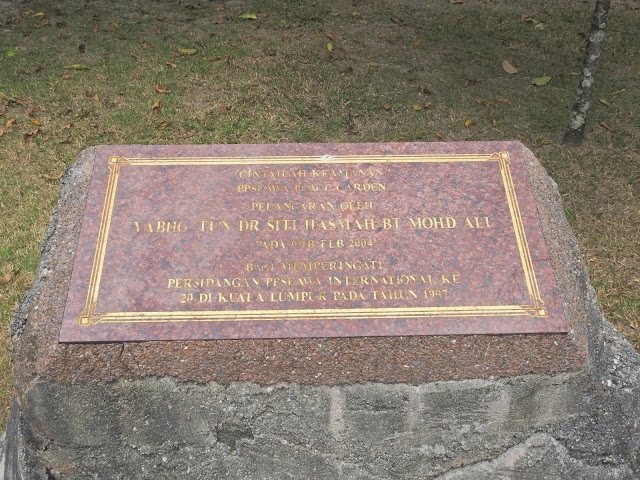 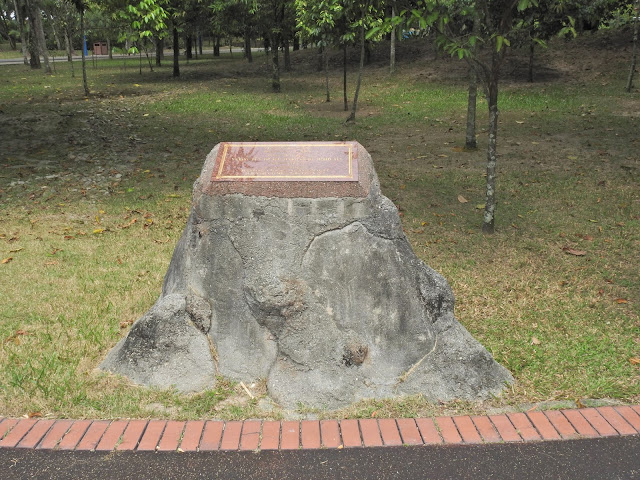 Some research later reveals the following background to PPSEAWA and its Malaysian chapter:

PPSEAWA is a non-political and non-profit organization founded in 1928. The Pan-Pacific and South-East Asia Women’s Association (PPSEAWA) is the only international women’s organisation devoted to families, peace and understanding in the Pacific and South-East Asia.  The association has consultative status to the United Nations Economic and Social Council, with the privilege and responsibility of making its voice heard in international decision-making.

PPSEAWA Malaysia was founded in 1960. The founder and first president was Saadiah Sardon (1960 – 1961) and Goh Kwee Teng as Treasurer. Successors to the Presidency include May Ong Yoke Ling (1962), Dr Salmah Ismail (1963) and Dulcie Marks (1966 – 1976). The original chapter was dissolved in 1976.
Dr Siti Hasmah Mohd Ali, wife of the then Prime Minister, on a visit to New York in 1983, was urged by the New York Chapter to revive PPSEAWA Malaysia. On her return she persuaded Saadiah Sardon, founder president of the original chapter, to revive the association. Accordingly, a new chapter was registered in October 1983 and Dr Siti Hasmah graciously accepted to be its Patron.

One of the activities of PPSEAWA is stated as 'Working to protect and improve the environment'.
In fact the Malaysian chapter hosted the 26th International Conference in Kuala Lumpur from 22 – 31 August 2016, with the theme “Respect the Environment for a Sustainable and Peaceful Future”.
In a report of The Star dated 25 Sept 2015, the PPSEAWA President Datuk Rahmah Abdul Hamid was quoted,
“Every year, we celebrate the annual International Day of Peace outdoors at our Peace Garden in Taman Tun Dr Ismail ....".

To me, this re-learning of PPSEAWA's essential link to the taman and its objective of protecting the environment is most significant.  Perhaps PPSEAWA Malaysia could be called on to play a more significant and active role in our present effort to SAVE TAMAN RIMBA KIARA. 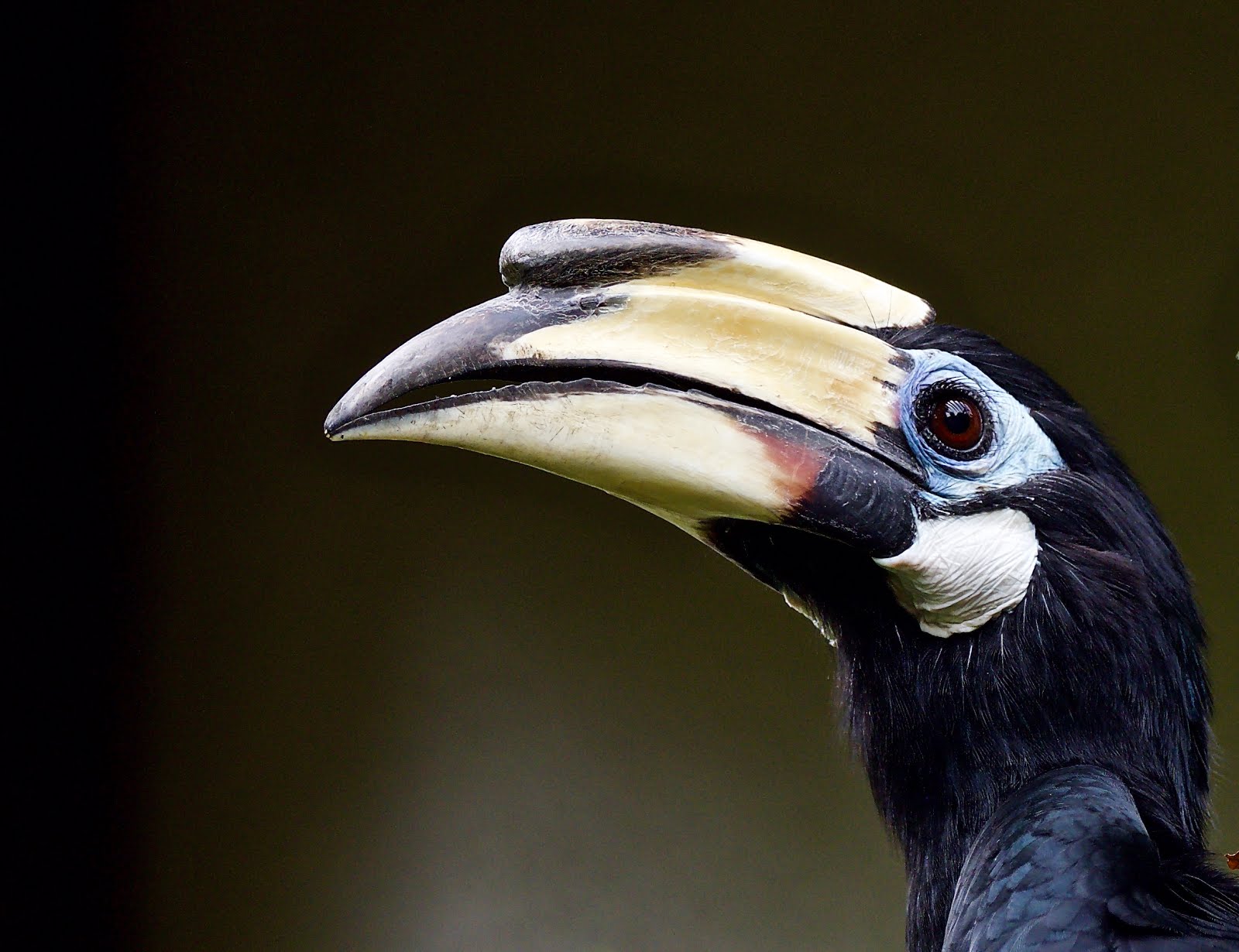 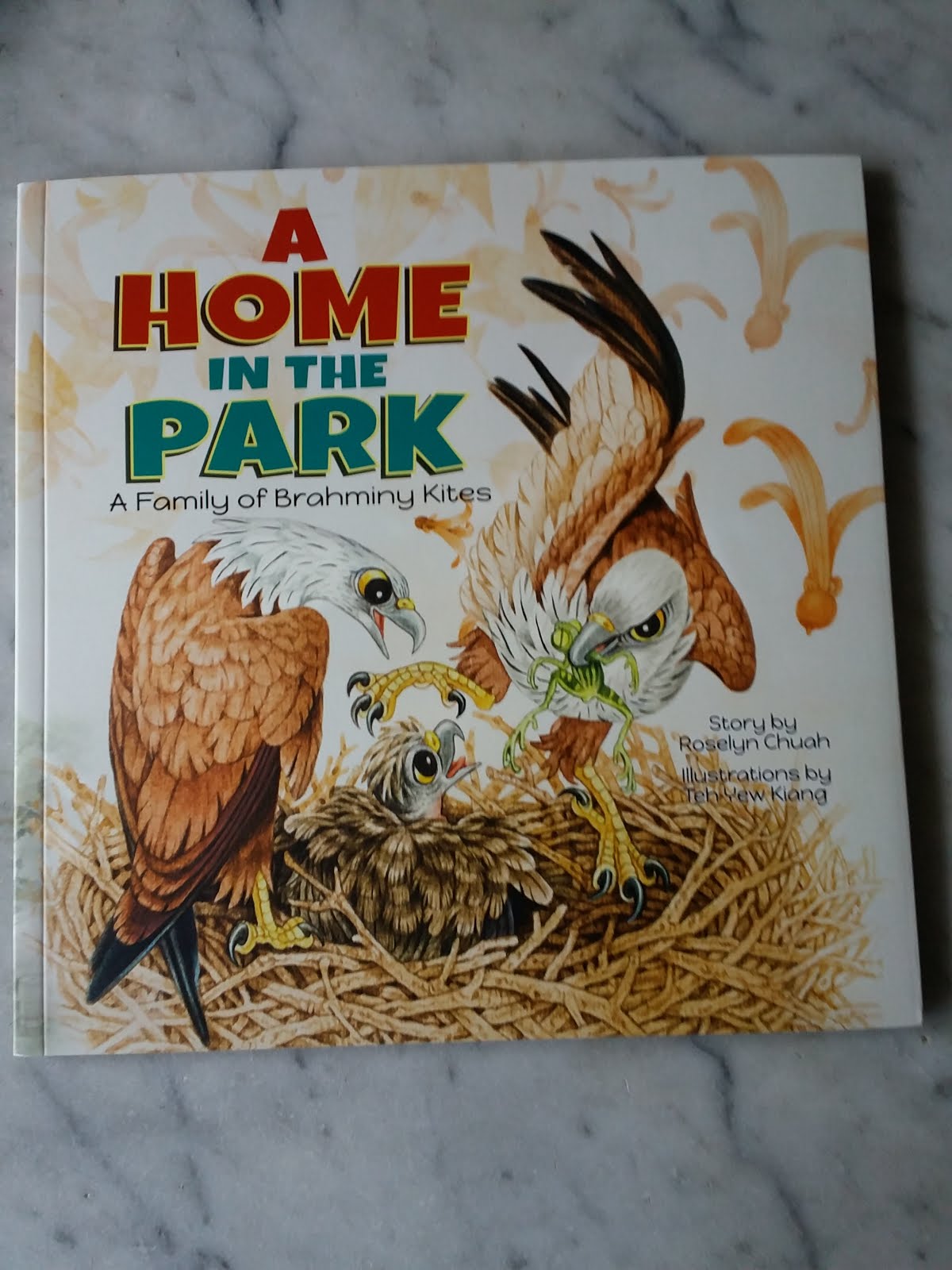 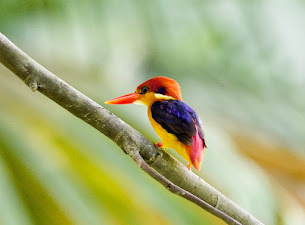 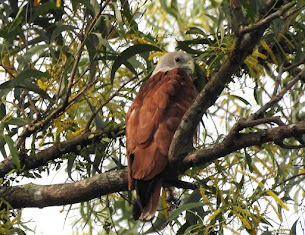 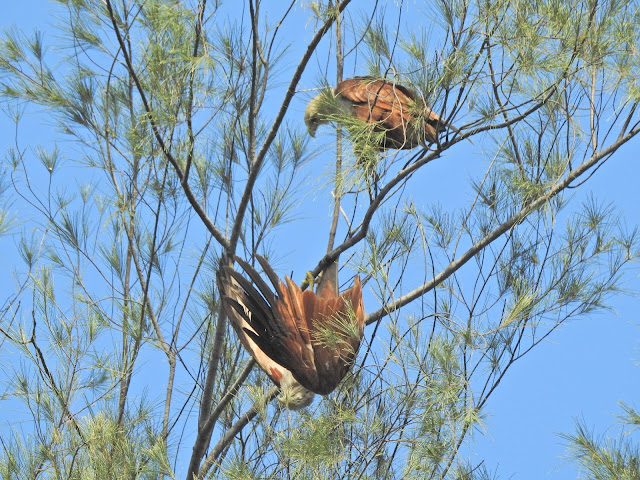